Something is stirring in Canada and it has nothing to do with flying hockey pucks or angry bears. Almost from nowhere tennis is buzzing on the big screens in the sports bars of major cities and in the hundreds of indoor courts across the country.

“Whenever anyone would think of Canada,” says Denis Shapovalov, “it was always, like, it’s a hockey country. But now it’s a tennis country. It’s great for every one of us but it’s great for the country.”

This, though, is more than a tennis story. The Canadians who have been making global noise in tennis in recent years all owe something to the country’s welcoming embrace of immigrants – in contrast to what is happening south of their border. They are an asset not a liability because of an enlightened immigration policy.

Milos Raonic’s parents came from Serbia as engineers. Vasek Pospisil’s parents are refugees from Czechoslovakia, via Austria. The parents of Bianca Andreescu, the outrageously gifted 19-year-old, were also engineers, arriving in Canada from Romania. Shapovalov’s parents settled in Vaughan, Ontario, after coming from the former Soviet Union via Israel; Félix Auger-Aliassime is the son of a coach who left Togo to settle with relief and optimism in L’Ancienne-Lorette, a suburb of Quebec City.

Raonic and Pospisil have already made their mark in the men’s game while Auger-Aliassime and Shapovalov are among the leaders of the new wave injecting excitement into a sport that has become mesmerised by the hegemony of Roger Federer, Rafael Nadal and Novak Djokovic. Over the next fortnight at Wimbledon we will see how far their talent takes them.

Auger-Aliassime, at 18 years and 10 months, is the youngest player in the men’s draw; he is first to wave the Maple Leaf – against Pospisil, as it happens – second up on Court 12 on Monday. They are followed by Raonic against India’s Prajnesh Gunneswaran. The second youngest player in the draw is Shapovalov, at 20 years and two months, and he plays on Tuesday, against the Lithuanian Ricardas Berankis.

The internal debate is who will make it first: Auger-Aliassime or Shapovalov? Whoever it is, he will have the support of the other.

Shapovalov sounds very much the older brother as he observes, “It’s always a lot of fun to play with him. There is rivalry, of course, but it’s healthy. The most important thing is we wish the best for each other and we’re really good friends, really close.”

During his run to the semi‑finals of the Montreal Masters in 2017 Shapovalov slept in Auger‑Aliassime’s basement; before he beat Nadal in the third round he ripped the Spaniard’s poster from the wall. There is respect, and there is attitude. These players have both.

He was the youngest player, at 17, to break into the top 100 since Nadal in 2002. Right now he is not only the youngest player in that group but seeded 21 at Wimbledon and about to scare the living daylights out of some of the seeded stars in his quarter of the draw, including Djokovic, Gaël Monfils, Daniil Medvedev, Kyle Edmund and Tsitsipas.

To listen to him talk about his origins is to hear wisdom beyond his years. “My father, Sam, came to Canada from Togo when he was 26, with my mum, Marie [from Quebec]. She was a big help for him because he didn’t feel alone and she knew everything about Canada. For sure it was challenging for him. He left everything behind and was sacrificing a lot. The memory I have of growing up is my dad doing everything he could to make it work for us. We never really felt pressure. Everything he did was for the family and the kids.”

Sam was also his coach, and led him through the Canadian system from his early teenage years. Shapovalov’s coach was his mother, Tessa – she still is – but she took more hands-on control and he learned his tennis almost exclusively from her until he started to rise through the junior ranks. 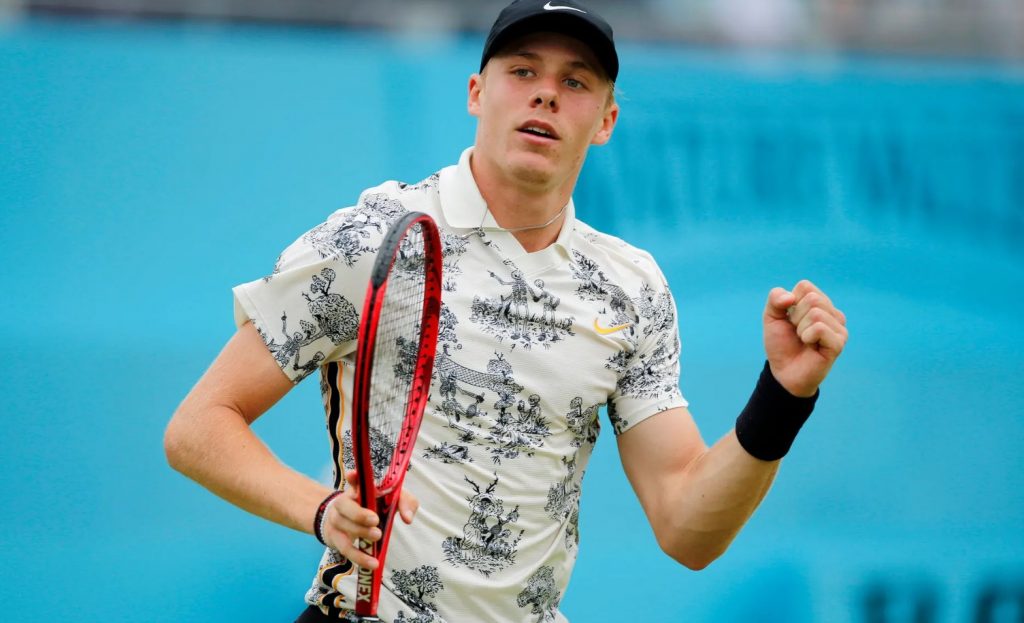 “The whole story starts with my mum,” Shapovalov says. “She was playing in the Soviet Union, on the national team. She was pretty good, around 300 to 400 in the world. Then she moved down to Israel with her coach. As soon as I was born, they decided to move to Canada. I was probably about seven months old.

“They moved there with nothing. For months we were sleeping just on a mattress in an apartment. My mum started coaching at a tennis club. My dad worked a couple of jobs; he worked in a factory, doing pastries and stuff. They spoke barely any English back then, so it was very difficult. They speak Russian, Ukrainian and Hebrew. My mum’s part-Jewish and my dad’s Greek Russian Orthodox.”